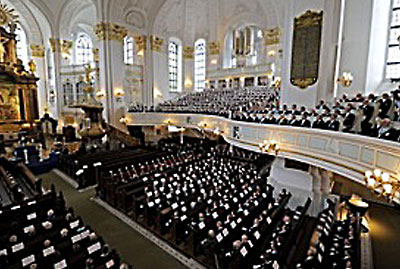 275th Anniversary in Hamburg in 2012 open minded   –   obliged   –   free With this slogan the German Freemasonry and its 400 lodges celebrated the 275th anniversary in 2012 together with delegations from all over the world. Already in 1735 the Grand Logde of England...

The Masonic Lodge “Zu den drei Rosen” to Hamburg is one of the oldest lodges in Germany and was founded in 1770.
Famous men were among our members, such as Gotthold Ephraim Lessing, Matthias Claudius, Konrad Ekhof, Julius Campe and others.
Read more about this at: “Zu den drei Rosen” …